Last week over on Resch Reads, I answered a few questions about my Thriller,
THE UNMOVING SKY. If you'd like to read the rest of the interview click on over.

Did you edit anything out of The Unmoving Sky that you wished would have made it to print?


It wasn’t edited out, but I would have liked to bring Jackson’s girlfriend, Brianna’s thoughts and history into The Unmoving Sky, and really dig into her experience. Maybe one day? I wrote out some of her POV in drafts, to really see where she was coming from.

And over on Girls *heart* Books, you can have a peek at my writing studio.
A corner of a dark basement that transforms into a Swing Era Jazz Club.  If you're wondering, yes, I've written a YA, Swing Era whodunnit.  I cannot wait to dive back into that ms.

You can add The Unmoving Sky on Goodreads  or Smashwords.

Jackson Bower has a lot on his mind lately. His younger brother hasn’t been the same since his mother’s death. His father’s drinking is out of control. Then there’s Jackson’s girlfriend and the grief that ties them together even as it threatens to drive them apart.He distances himself, hoping for a little perspective at the family lodge. But when their father gets drunk and dangerous, he and his brother escape into the woods.Night creeps in, and the rains come fast. Artie slips down a ravine. He’s wounded and the brothers seek shelter in a cave, only to find someone else already taking refuge there.A desperate man with plans to destroy their town.Jackson must get him and his wounded brother out of the cave and over the mountain to warn everyone in time. Without getting them both killed first.
Posted by K. L. Hallam at 10:10 AM 1 comment: 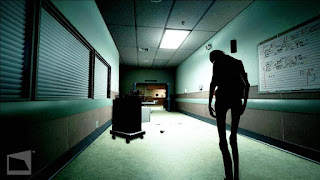