Writing Management, a Year After Covid-19

It's been a while since I've posted on my blog. It's been a hectic year for most of us, a year of loss, heartbreak, and fear. A descent into the unknown.

Having faith was difficult. Faith that I'd return to my regular writing schedule. I have not, nor do I expect to return to my pre-covid routine. It's been difficult to find a space in time for myself.

My husband and I live in New York City and share a small apartment with our two young adults ( a large dog and a cat), and both were frustrated and disheartened with the lockdown aka "Pause' in which Governor Cuomo termed. Alas, the end of the tunnel is in view.

I've been unable to find uninterrupted time due to our small business, a jazz club (you can read my previous post ) housed in a historic venue. After lockdown, we improvised and became an outdoor coffee house/cafe. Fresh-squeezed juices. Chagachinos. Local coffee. Pastries from Grandaisy in Tribeca. Our nightclub always had a piston coffee machine, even before Starbucks. My husband spoiled me with his machines and dark roast. 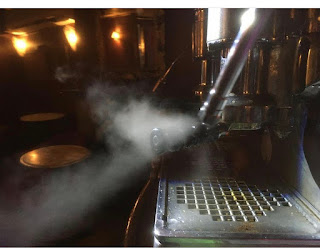 Our sons helped at the cafe (no longer miserable), they learned new skills as baristas. My BFF was happy to join in and likened running a cafe to a housewife on steroids. I thought it was the perfect analogy. After seven days a week for much too long, before extra help arrived, I couldn't focus on writing, not knowing what would happen to our business and my hours were all over the place. I was making food for the cafe when I left. Homework. Meanwhile, my mind was reeling, plotting how to return to the new normal. 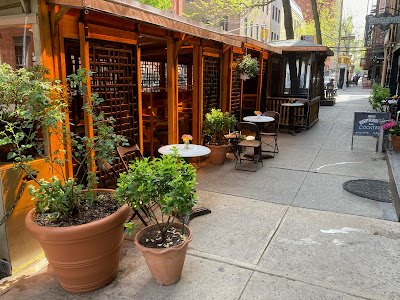 I decided on a simple book edit. Not a revision, but an edit. This I figured was all my time allowed, without the stress of wanting to do more. Because apparently, I'm often unsatisfied with the writing work I've managed in a day. It's never enough. (It's hundreds of pages! Let's go!" my inner taskmaster says.) And this was when I had five hours of daily writing time.

I was also waiting to hear back about an R-n-R.

Back in November 2019, I sent in my second Revise and Resubmit to the requesting agent and she warned me it would be a long time, she was slow. I already knew this having finished R-n-R #1 for this agent. She seemed great and I agreed, (at the time) with her suggestions. The historical fantasy had already been revised from its first draft that was omniscient, then third limited past tense, with two POVs, and then 1 POV present, but I've lost track.

I edited another manuscript (not ready to tackle the big revision of the latest draft completed on March 1, 2020.) I queried literary agents. Not one bite after ten sends. I decided to hold that project. I had a realization reading a previous comment from another agent who read the third POV version. She didn't care for the other POV character but she liked the MC's voice and loved the premise. So after three or so years, I realized she was RIGHT and I began revising the historical fantasy back to 3rd POV, past-tense and I cut the other POV character's scenes. But since it's a bit of a whodunnit (genre-mashup, really) I left the chapter scenes in third-objective POV. 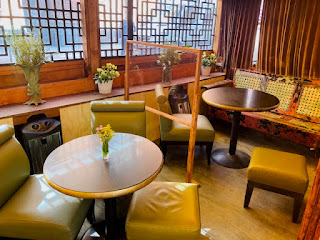 And Yesterday I finished! The manuscript is back where I want it. Just a few more tweaks and it's ready to query. (Again!) I reached out to the agent, still "reading" my second R-n-R, and told her I was returning the manuscript to my original design, and while she finally passed, she thought my idea was wise. That was encouraging.

I'm starting to carve out time for writing at other times of the day, restructuring and organizing. I'm not there yet. For years I was an early morning writer and I prefer this. Going from dreaming to writing. Ah, bliss.

Now with our outdoor cafe that's usually a jazz club, moving indoors soon (after construction), my schedule will be in flux once again. I may manage better if I keep flexibility in mind.

And YES, absolutely-- I am VAXXED. Our entire team is. Otherwise, we wouldn't open indoors. 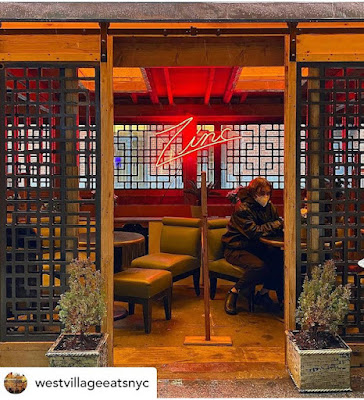