Read OVER AND OVER in a New Fantasy Anthology! 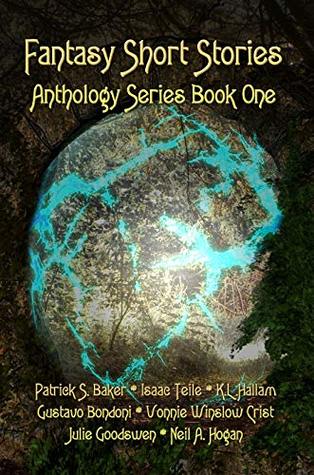 An anthology series featuring amazing stories by authors from around the world. In Book One you'll find stories about magical swords, multiple lives, super-villains, beings from other worlds, and more.

Bedwyr and Caliburn after Camlann
By Patrick S. Baker

Back into the Cave
by Isaac Teile

Over and Over
By K. L. Hallam

Honor Among Thieves
By Gustavo Bondoni

Life Choices
By Neil A. Hogan

A Matter of Vanity
By Julie Goodswen

Blurb for Over and Over:

Future Earth: 22X. The last of the dreamers are brought back from death, but only those who still hold memories and can recreate a new future for a dying species.

Available in Print or eBook

Add to your overflowing pile on GoodReads