I'm thrilled to be taking part in Brenda Drake's Release Day Launch (hosted by Jen Halligan PR) for THIEF OF LIES (Library Jumpers #1)! Check out the book and excerpt below, and be sure to enter the amazing giveaways!

by Brenda Drake Publisher: Entangled Teen Publication Date: January 5, 2016
Gia Kearns would rather fight with boys than kiss them. That is, until Arik, a leather-clad hottie in the Boston Athenaeum suddenly disappears. While examining the book of world libraries he abandoned, Gia unwittingly speaks the key that sucks her and her friends into a photograph and transports them into a Paris library, where Arik and his Sentinels—magical knights charged with protecting humans from the creatures traveling across the gateway books—rescue them from a demonic hound. Jumping into some of the world’s most beautiful libraries would be a dream come true for Gia, if she weren’t busy resisting her heart or dodging an exiled wizard seeking revenge on both the Mystik and human worlds. Add a French flirt obsessed with Arik and a fling with a young wizard, and Gia must choose between her heart and her head, between Arik’s world and her own, before both are destroyed. Goodreads | Amazon | Barnes & Noble

Excerpt from THIEF OF LIES

We stepped into the Children’s Library and stopped in the center of the room. A massive light fixture designed to resemble the solar system dominated the ceiling. The hushed rumble of two male voices came from one of the reading nooks. I crossed the room, paused at the built-in aquarium, and inspected the fish. Afton halted beside me. “This is great,” I whispered, not wanting to disturb whoever was in there with us. “Fish and books. What’s not to love?” Spotting a sign referencing classic books, I searched the shelves for my all-time favorite novel. The male voices stopped and there was movement on the other side of the bookcase. I paused to listen, and when the voices started up again, I continued my hunt. Warmth rushed over me when I found The Secret Garden. With its aged green cover, it was the same edition I remembered reading as a young girl. The illustrations inside were beautiful, and I just had to show them to Afton. Coming around the corner of the case, a little too fast for being in a library, I bumped into a guy dressed in leather biker gear. My book and notebook fell and slapped against the floor. “Oh, I’m so sorry—” I lost all train of thought at the sight of him. He was gorgeous with tousled brown hair and dark eyes. Tall. He flashed me a crooked smile, a hint of dimples forming in his cheeks, before bending over and picking up my forgotten book. He held the book out to me. “Mistress Mary, quite contrary, how does your garden grow?” He’d quoted a verse from The Secret Garden with a sexy accent that tickled my ears. I stood there like an idiot, my heart pounding hard against my chest, unable to think of a response. The fact that he had read the book and could recite a line from it stunned me. And impressed me. Say something. Anything. “Good read there,” he said when it was obvious I wasn’t going to speak. He winked and nodded to a guy behind him before ambling off. When he reached the end of the row, he paused and glanced back at me, flashing me another killer smile, and then he disappeared around the bookcase. Tingles rose in my stomach. He looked back at me. The guy following his Royal Hotness gave me a final appraisal before departing. His stringy blond hair hung over his large forehead. It looked like he hadn’t washed it in weeks, and there was probably an acne breeding ground under it. He grinned, and I broke eye contact with him, making for the nearest window. Oh God, you’re so lame, Gia. You could have finished the quote or anything less tragic than not speaking at all. The response I would have said played in my head. With silver bells, and cockleshells, and marigolds all in a row. Why? Why hadn’t I said that? 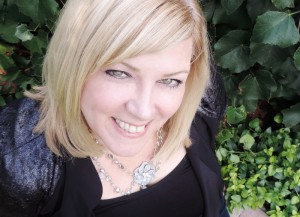 Brenda Drake grew up the youngest of three children, an Air Force brat, and the continual new kid at school. Her fondest memories growing up are of her eccentric, Irish grandmother’s animated tales, which gave her a strong love for storytelling. So it was only fitting that she would choose to write stories with a bend toward the fantastical. When she’s not writing or hanging out with her family, she haunts libraries, bookstores, and coffee shops, or reads someplace quiet and not at all exotic (much to her disappointment). 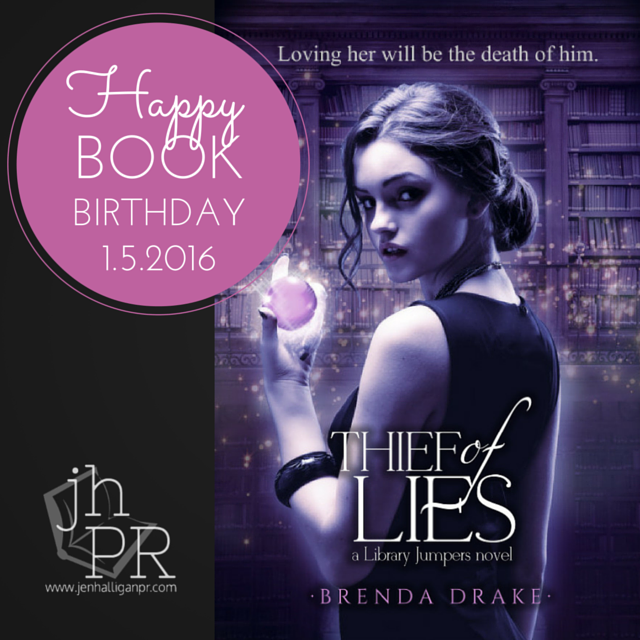 
Follow Entangled Teen's THIEF OF LIES Blog Tour for more chances to win the prizes below!

What a beautiful cover! I'd love to read Thief of Lies!

It sure is. I look forward to getting my hands on a copy. Thnks for stopping by Laura. :)