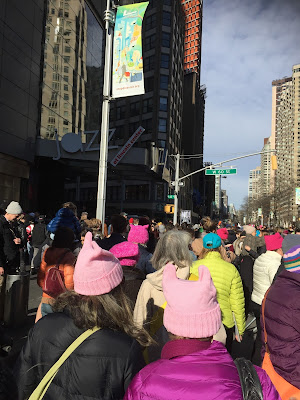 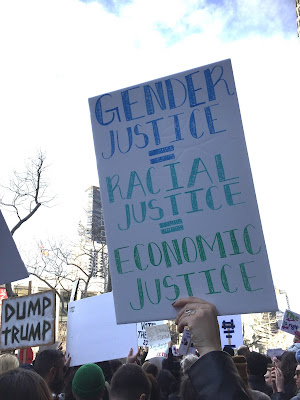 We began the march by following the pink pussy hats ...

I read that over 200,000 marched in NYC, however, my hubby, being a numbers man, estimated that number to be MUCH higher. Millions of PEOPLE screamed shut this regime down around the world!

The GOP is complicit in Terrorizing the Nation! History will judge. The one good thing to come out of the illegitimate election: LOOK AT ALL OF US COMING TOGETHER. Against Hate, against Discrimination, Bigotry, and Racism, which holds this COUNTRY BACK.  I want to move into the age of enlightenment but ignorance keeps us locked in the upside down.  Keep RISING UP!  and Speaking Out! 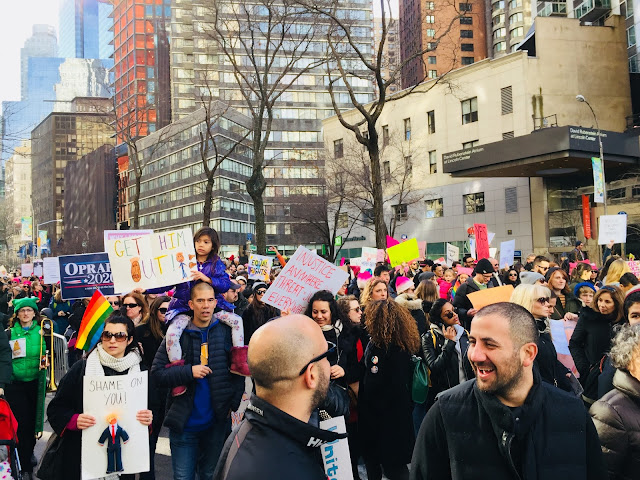 There were so many people I stood in the same position for an hour! 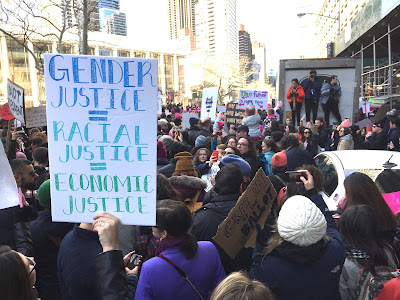 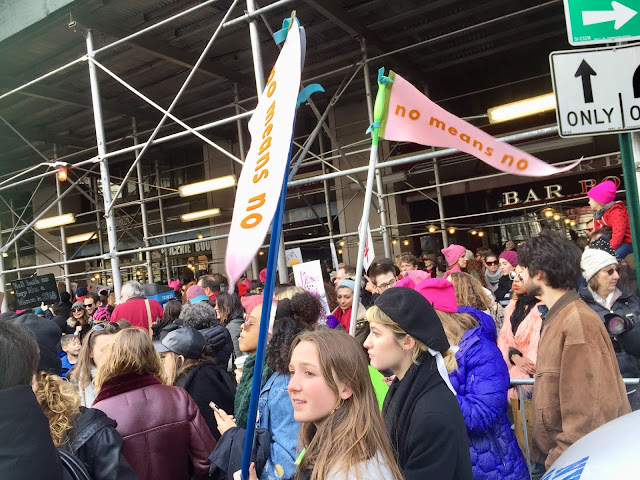 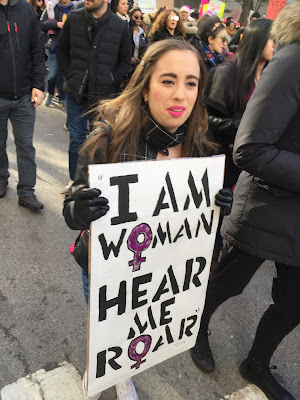 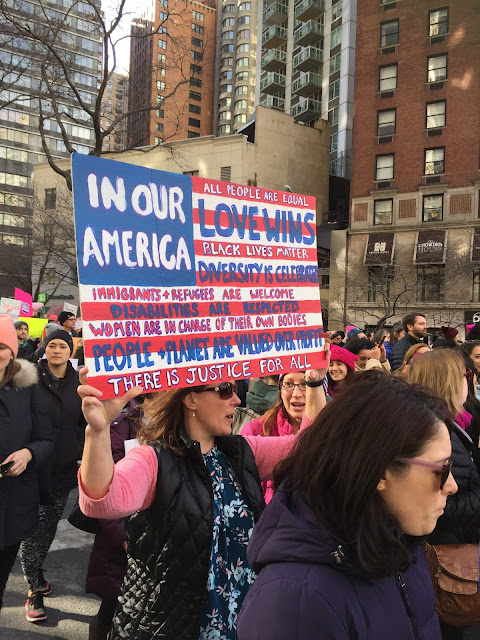 I LOVE my fellow Americans who are standing up against INJUSTICE and RACISM.
There is Hope!