Families Belong Together! But NOT Incarcerated Together.

Once again, we marched.


We march in over 800 cities worldwide for Families Belong Together because of the ZERO Tolerance policy the Trump Administration has implemented that separates children from their parents for misdemeanors, or for seeking asylum. I don’t watch the network news stations and prefer to read my journalism from various unbiased sources – and videos take too long to distribute information.

You can you see things in black and white when you read. There’s so much BS from this administration, and when I learned that corporate media wasn’t confronting Trump or the GOP, I was astounded. The gaslighting happening right now from this treasonous POTUS is gut-wrenching and so effing frustrating and it’s So BLATANT. How can the major news outlets NOT CONFRONT TRUMP? It’s their job.

We must also protect our journalists, and free speech, and the 1st amendment – all under attack. Trump is playing Putin. Everything he does is from the Putin playbook. Follow Sarah Kendzior author of The View From Flyover Country. She saw all of this coming!

I’ve written letters to the editor, to my representatives, I’ve called, marched, sat-in.
I won’t stop raising my voice, and we need MORE people to do this. Especially those with privilege! If we don’t protect the most vulnerable in this nation – who will? Those who have taken the helm of the U.S. government are hell-bent on destroying the gains we’ve marched for, stealing as much as they can. The Trump family is rife with con artists and absolute criminals. New Yorkers knew this. No one listened. I marched and spoke out during the Bush years. I will not rest. I’m not young, but I sure am fired up and energetic.

Thank you, Maxine Waters, (i love you!) for saying what more of our Reps need to say and they need to stand up and call out the treason, and the absurdity that a president under criminal investigation – could select our next Supreme Court Justice. Absolutely NOT! Especially since Justice Kennedy’s son, Justin may have supplied Trump the $1 Billion loan at Deutsche Bank, when no one else would. How many of Justice Kenny’s decisions over the last two years, including Gorsuch’s stolen seat, are illegitimate?
That’s what I want the news reporters to ask. The corruption is OFF THE CHARTS.
Here’s an overview from one of my favorite news columnists, also an attorney and professor, Seth Abramson. He’s helped save my sanity through all of this. (Follow him if you’re on Twitter @SethAbramson)

No doubt there’ll be additions to this list before the day is through.

Stand UP. Call out Bigots. This POTUS is a racist and a horrendous person. Wouldn’t even drop the American Flag at half-mast to honor the journalists killed by his constant hate on the free press “the media” -- what a blanket statement, as in all media? Sounds like Putin, no? Vilify the media, have people mistrust their government – making them ripe for the pickings and for propaganda!

*Update: POTUS lowers the flag after pressure to do so.  (as I wrote this post!) 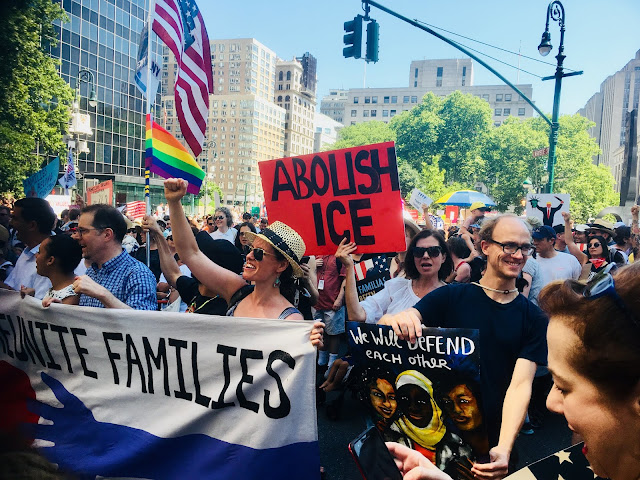