I have several short stories that haven't found markets, so I'll share here on occasion. This dystopian was written in 2019 and originally titled Slaughterhouse and it's under 1k words! I love writing short fiction between novels to work out ideas. Revising novels can take years. (I'm close to completing the revisions of a Middle-Grade Magical Realism story ~ While I await an agent's response on an R&R for another novel.) Writing short fiction is always fun. 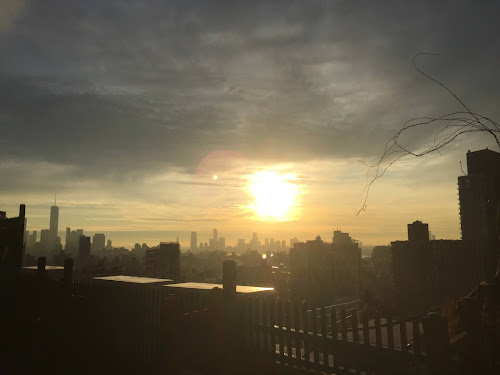 The uneven floorboards creak as I follow the metallic odor, careful not to awaken the supervisor who supposed to be on guard keeping people like me out. Metropolis sent me.

It’s a death sentence to take a photograph. No one’s supposed to know this place exists. The ruins, the rusted leaking pipes dripping sulfur water, my mind reels back: pipes forced down the throats of unwitting birds and geese. Their stomachs pumped with grain and sawdust, protrude out of proportion, as they gurgle undigestible remnants humans could have eaten instead.

Fatty liver is still a delicacy to the Upper Echelons of our ruling class. The exploitation class. Those who seek out our dwindling resources and gobble them up at their leisure. Even after the fowl disease had stopped anyone with any sense. Not for those who pumped their veins with antibiotics, allowing a continuation of their exploitive appetites.

Appetites that destroy our environment. There’s scarce freshwater or land left to farm. This factory is one of the few outposts churning out animal byproducts. The buffalo and cows died off a decade ago, the rest of the land creatures drowned in the floods. Birds that didn’t escape were caught and now, here. It used to be that only geese and ducks were turned into fatty liver, now it’s any bird caught alive.

My camera bangs against the side of my leg as I step over a bird’s carcass, the flesh peeled back, boney ribs exposed.

The others in my camp grew too hungry and tired for this mission. As a ranking member of Metropolis, I volunteered. If we release the caged fowl into the sky, they could eventually proliferate and maybe, one day, we’ll eat fresh eggs again. Until then, its snails and mollusks fished out of the tide pools.

I don’t really need the camera for what I’m about to do. But I want a before and after shot and show the Caver’s the truth. Most, refuse to leave their cave dwellings in fear of viruses.

The birds sense my approach, fluttering, cawing, frantically flapping against their cages. “Shh,” I whisper as if that’ll do anything.

“Who’s there!” shouts a guard.

I slide behind a bloodied cage, a goose’s eye watches, and I hold my breath. Heavy mud-coated boots pass inches away. I shrink and chew my lips shut. The guard isn’t much taller than my 5-feet. Stunted growth like the rest of us.

But he has a turbo. One beam in my direction, I’ll disintegrate into vapor, and then what? What happens to my sister, my baby brother, our grandfather, what’s left of my family.

The birds squawk an ungodly sound. They’re ratting me out. Sinking,  sinking.

I push the hair out of my face, so I can meet his eyes. If he’s going to kill me, I want to see it coming. Defiant, jaw set, teeth clenched, I charge forward.

Tackle. I bite his legs, rip at his arms until I’ve wrestled the turbo out of his grip. Now he’s up against the wall staring into the barrel.

“What’s your plan, young lady?” he says with a bored expression. “Ah, I may already know. You want to repopulate the planet with birds?”

I don’t speak. I don’t want to listen. I’m the one holding the turbo. I search the nearby cages for one large enough to set him inside. “Over there.”  I swing the turbo.

“I wouldn’t release these birds if I were you."

They lie! The guards all lie to save their own bought skins. Living side-by-side with the Exploitation Class up on the mountain. It’s manipulation. I’d better hurry before more arrive. He could have set an alarm. The birds are worth more than gold was a decade ago. Food is our scarcest commodity. So are human lives.

“They’re sick birds, you know,” he says after crouching inside the cage. “They’re making the Upper Echelon’s sick too, haven’t you heard?”

“Cavers sent me,” he says. “I’ve been making sure those on the mountain eat every last bird. They’re dying up there, you know. The ruling class is disappearing. Couldn’t stop their exploitation and they never listened when we, the scientists, warned about the health of the birds.”

“Shut up.” I leave the slaughter room and enter the office, pull the wires on all security systems, and then return to the birds. Open the cages and I begin scooting the birds out.

“They’re sick,” the guard repeats. “They’ll be sick for generations.”

Ignoring him, I tip over buckets—is that grain? Squatting down, I scoop it back inside. I’ll bring what I can with me. Water buckets. Blood buckets. I smell ammonia and gag as I flip another bucket drum.

The geese squawk. Their webbed feet quickening, and I hold the door open until every abled body is outside, soaring into the chemtrail-streaked sky.

“Don’t do it!” the guard shouts. “I’ve been here for a long time making sure no one releases them into the wild.”

“It’s the only way to get the Upper Echelons out. They believe it’s their privilege to destroy every last living thing on this planet for their consumption.”

“No kidding.” I poke at two robins lingering behind while the guard rambles on issuing more warnings. “Where’s your tattoo?” I ask.

He pokes his dark brown arm through the cage, showing me the zig-zag river, the Caver’s tattoo and I take a deep breath. “What’d you do with the U.E. Guard?”

“Either you tell me or you tell Metropolis,” I warn.