The Unmoving Sky is Now Available in Paperback (Again)!

Just click the book cover and you'll be taken to Barnes & Noble. Or click HERE -- Available at select booksellers and most online libraries. You can also request that your library carry it. 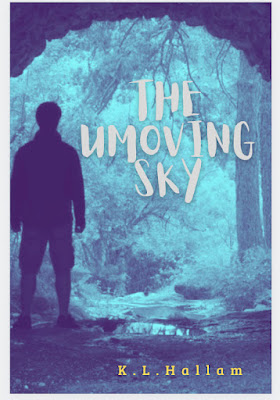 There's Nothing Darker Than the Woods Until You Meet Your Worst Fear
Jackson Bower has much on his mind lately. His younger brother hasn't been the same since his mother's death. His father's drinking is out of control.
Then there's his girlfriend and the grief that ties them together even as it threatens to drive them apart.
He distances himself, hoping for a little perspective at the family lodge.
But when his father gets drunk and dangerous, he and his brother Artie escape into the woods.
Night creeps in, and the rains come fast. Artie slips down a ravine. Wounded, Artie and Jackson seek shelter in a cave, only to find someone else already taking refuge there.
A desperate man with plans to destroy their town. Jackson and his wounded brother must get out of the cave and make it over the mountain in time to warn everyone. Without getting them both killed.
THANK YOU! <3 <3 <3
Posted by K. L. Hallam at 6:15 PM

Thanks for sharing the great article Florist Hallam | Florist Berwick