I have a few short stories on Wattpad lingering and since I seem to have more traffic on my blog, I'm going to try something new called #FFF or #FreeFictionFridays. I'll leave a short story or a chapter every Friday, and if you blog and would like to join me, please do! And leave a link in the comments, I'll happily visit your blog to read.
This story is from a vision I kept having from about the age of five, the light through the trees, the helicopters, with no idea why this visual returned over and over, I used the image like paint and clay and sculpted a scene.  #SFF 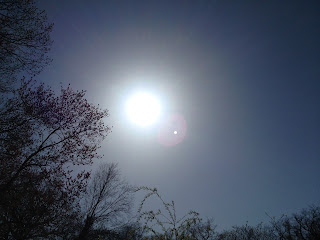 UPDATE: I may try the Free Fiction Friday again at a later date.